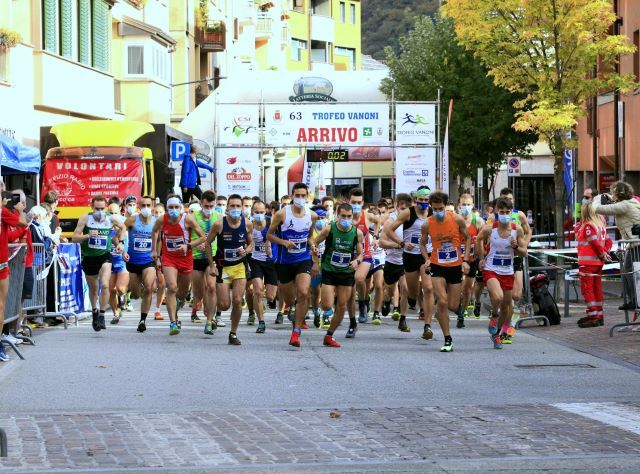 It was a hugely exciting Trofeo Vanoni at the weekend, which saw a new women's course record in this year's relay version and a thrilling men's race. It also took place safely, despite all the challenges and thanks to the understanding of all the runners.

So much attention was paid to safety and anti-covid regulations that, as the organisers said, 'you might not have expected that so much would come out of this edition: show, competition, desire to be there, desire to run. An exciting race, perhaps right up to the last, with the new generation of mountain running starting to take off.' It definitely delivered.

The Vanoni ladies race took place in a relay version for the assignment of the Italian mountain running titles. 63 couples started, despite some last-minute cancellations, including Ghelfi sisters. 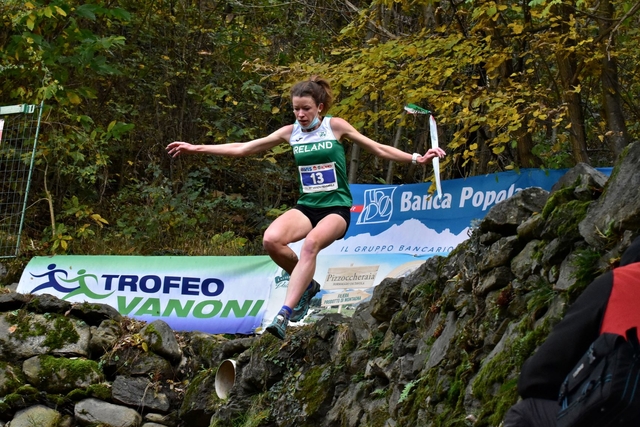 The mayor of Morbegno, Alberto Gavazzi, cut the ribbon and immediately the Irish runner Sarah McCormack and the Valtellina-born Elisa Sortini made a break from the pack. The pace was furious and on the descent Sarah McCormack pulled away, creating a clear gap from Sortini at the â€śjumpâ€ť. Behind them there was an even bigger gap of a minute and a half to the Frenchwoman Jade Rodriguez and the Slovenian Mojca Koligar. At the end of the first leg, the scoreboard read "21 minutes and 7 seconds" - a new record, beating Emmie Collinge by 6 seconds (last year Lucy Murigi finished in 21'16"). A female record that has always been held by non-Italians (first Carol Haigh with 21'28", then Anna Pichrtova with 21'41" equalled by Pavla Schorna, then Emmie Collinge with 21'13").

In the second part of the relay things changed, with Ireland slipping back despite Dena Hogan's best efforts. Valentina Belotti, who runs with her heart, started at full throttle, maybe a little too much she confessed afterwards, but the desire to win another tricolour title was so strong. Behind it goes back to France, which has lined up world vice-champion Elise Poncet in the second leg, Slovenia holds and a super Elisa Desco once again shows her class. 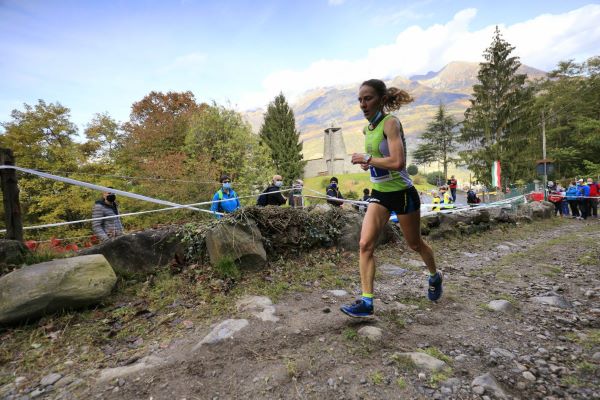 At the finish line, it is double Italian title (absolute and master A) for Atletica Alta Valtellina with Elisa and Valentina, but the girls of Adriano Greco grab a great third place overall with Desco who sprints in the last meters (in the first stage good partner Giulia Compagnoni). In the middle of the Alta Valtellina teams was France. To close the top five Slovenia and GS Orecchiella Garfagnana. Junior title, as predicted, at Atletica Lecco Colombo Costruzioni with the world champion Elisa Pastorelli and Camilla Valsecchi. Italian title also for the B masters of Atletica Paratico (Nives Curti and Giovanna Cavalli) and the C masters of GS Valgerola (Anna Maria Taeggi and Bianca Maria Martina).

FIRST LEG
Timotej Becan (Slovenia), Alberto Vender (SA Valchiese), Julien Rancon (France), Bapiste Fourmont (France B) and Matteo Rosa (Atl. Rodengo Saiano), climbing down to the GPM in Arzo at the top of the race, but on the downhill, the Slovenian and Vender took off and presented themselves at the gearbox in via Vanoni, 4 seconds off (they will record the first and third time of the day), followed by their cousins from beyond the Alps: le roi Julien always a certainty and the surprise Fourmont that will be the fastest downhill.

SECOND LEG
Valchiese jumps to the lead with Luca Merli before the bump, but Slovenia doesn't give in and takes the lead with Jost Lapain; Sebastien Fine doesn't give up and at the end of the climb he puts everyone in line. At the gearbox, they come shoulder to shoulder: France and Valchiese, with a great Zak Hanna (Great Britain) and Xavier Chevrier who keep their teams in it. 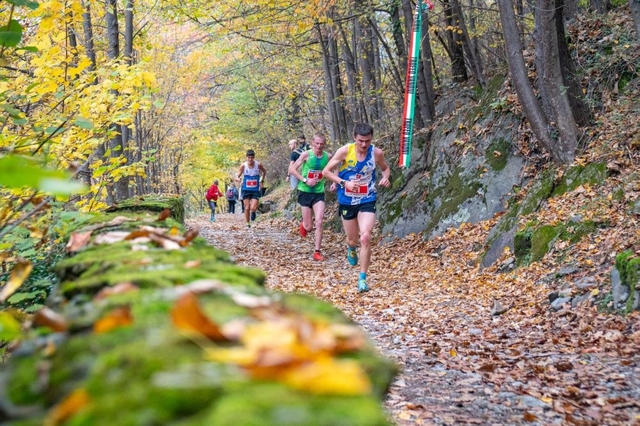 THIRD LEG
Alexandre Fine takes off, at the "Dosso" he has a 50" lead over Marco Filosi, at a distance followed by Nicola Spada (Atletica Valli Bergamasche) and Francesco Puppi (Atl. Valle Brembana) who pushes on the accelerator. At the GPM in Arzo Fine he understands that it's done, but behind him, it's a brawl with Puppi who jumps to second place and already sees the tricolour approaching, while Filosi (Valchiese) goes down in the fourth position behind Spada. Halfway down, in Bellini, the advantage of the Frenchman is more than a minute, after the best time uphill Puppi holds the second position overall and Filosi regains the third place against Atletica Valli Bergamasche.

In via Vanoni this year there is no red carpet, but the audience - spaced out and with a mask - was as always warm and involved. For France it is a triumph: victory in 1h30'42" and Trophy won definitively, Atletica Valle Brembana taking home the Italian title overall (1h32'12") and the SA Valchiese (1h32'18") which achieved the goal it so dreamed of, the podium at the Vanoni Trophy (1h32'18") and a silver medal at the Italian championship. Completing the top five were the Bergamo Valleys Athletics (Masters, Chevrier, Sword) - tricolour bronze - and Great Britain (Andrew Douglas, Zak Hanna, Ben Mounsey).