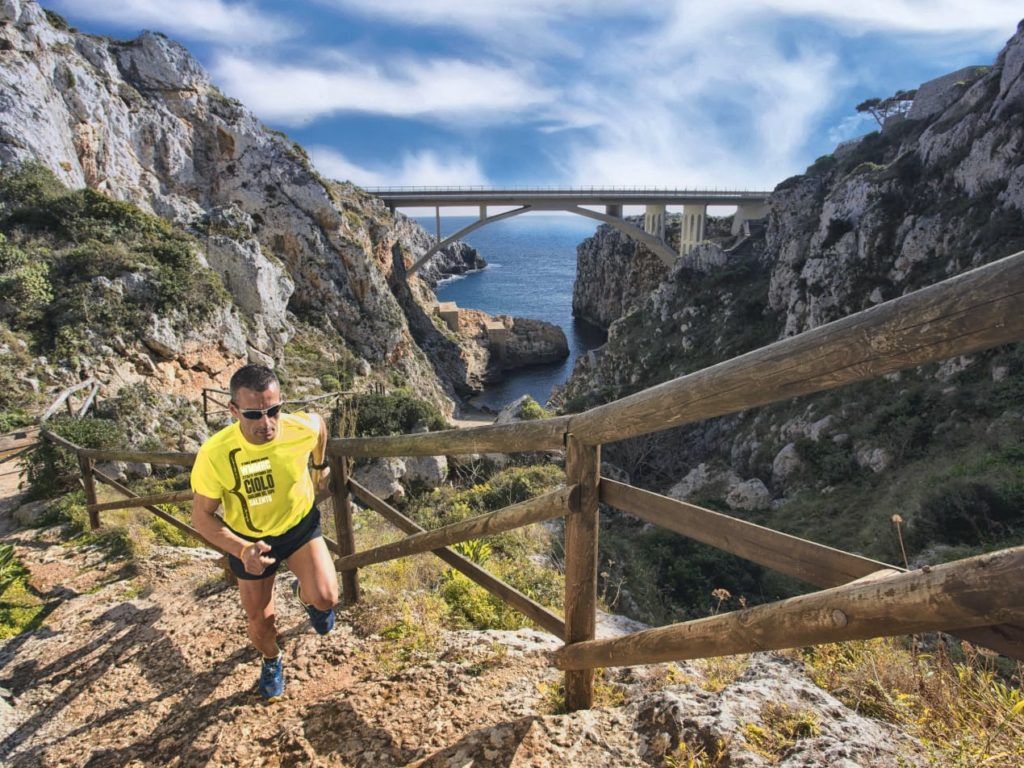 This weekend it's the 19th World Masters Mountain Running Championships in Gagliano del Capo, Italy. Set in the heart of the Salento region, in the 'heel' of Italy, this area offers hot, dry conditions and beautiful, rugged coastline. Racing by the sea might be a departure from typical Alpine mountain running, but it certainly won't be easy!
The course is described as 'uphill/downhill' and it takes place on the Trofeo Ciolo race route. There are two distances - 6.5k (1.5 laps) and 10.9k (2.5 laps) - and the surface is mainly rocky, with some grass and a little road. The runners follow the coastline round, before heading back inland to complete a loop. The shorter route will have 330m of ascent and 207m of descent, the longer route 496m of ascent and 374m of descent.
The route has a bit of everything thrown in, from technical, rocky stuff to quad-busting steps cut into the cliffs. Then when the runners hit the more grassy terrain on their way inland, it's bound to be fast and frantic.
Athletes from the 60 - 64 through to 75 - 79 age groups will be taking on the short route on Saturday 28th September and athletes from 35 - 39 through to 55 - 59 age groups will be taking on the longer route on Sunday 29th. We will bring you news and updates via Twitter, Facebook and Instagram.
See more information about the races on the organiser's website and good luck to all those athletes taking part, representing their countries from all around the world.