The first day of racing at Villa La Angostura saw the junior World Mountain Running Championships and the men’s and women’s senior World Championships over the classic distance. It also saw heavy rain and windy conditions, which had an impact on the races.

The courses were around 7k for the juniors, which had a slight change due to the bad weather, and 14k for the seniors. Both included river crossings, which were quite high due to the rain. Both were up and down courses, concluding with fast descents.

The junior men started first, a few km out of town and headed up into the forest. The rain was very heavy at this point and the dusty tracks were turning into mud. It was a fast and furious race, with Joe Dugdale of GB leading right from the start, being chased hard by Sebih Bahar of Turkey. In the end just 17 seconds separated the first 5 men, with Joe taking gold in 32.44, Bahar silver in 32.50 and Yael Paniagna Morales of Mexico bronze in 32.50. Matthew Mackay and Matthew Knowles, both of GB, completed the top 5, with an impressive display by GB, who took team gold. Turkey took team silver and Italy team bronze. 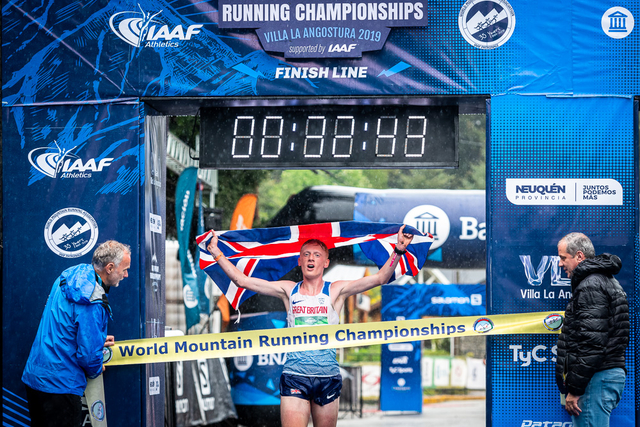 The junior women were next, and the rain still didn’t abate. The river was getting higher and conditions were very tough. The lead women weren’t as close together as the men had been, but it was still a very hard fought race. Angela Mattevi of Italy was the clear winner in 37.12, with Barbora Havlickova of the Czech Republic taking silver in 37.56 and Jade Rodriguez of France bronze in 38.48. In the team competition Italy took gold, with Turkey in silver and the Czech Republic in bronze position.

The senior classic races started in the centre of Villa La Angostura. The course had a real mix of everything – with dirt road, forest tracks, a very deep (waist-high and fast-moving) river crossing and a fast descent back down to the road. It seemed to favour the runners who are fast over the runnable terrain over those more adept at technical descents.

In the men’s race Joe Gray of the USA led from early on. But the gap was never very far back to Cesare Maestri. It was clear that this race meant a lot to Joe and he pushed hard. He and Cesare were pursued by a pair of Czech athletes, Marek Chrascina and Jan Janu, a pair of Brits, 2019 World Cup champion Andrew Douglas and Jacob Adkin, and several other runners. But in the end Joe held them all off to win in 1.05.13. Maestri was just behind in 1.05.21 and Marek Chrascina took third in 1.05.57. The river crossing took its toll on a few athletes and Andrew Douglas was one of them. He slipped and fell on the slippy log serving as a bridge and lost 25 seconds, finishing in 7th place in the end, 25 seconds shy of the podium.

It was a similar case in the women’s race. Grayson Murphy, who won the US trials, struck out into an early lead. With a background in track running (steeplechase) and having recently turned her hand to mountain running, Grayson flew on the fast sections of the course. But Elise Poncet of France was chasing hard. Philippa Williams of GB was a little way behind, with several more runners bunched closely behind her, and it looked like it would all come down to that fast descent and the road at the end. Could the USA do the double in the senior competition? Grayson held on to win in 1.15.20, with Elise Poncet 21 seconds behind her. Phillipa Williams took the bronze in 1.16.45.

France took the gold in the women’s team event, with the Czech Republic taking silver and Great Britain bronze. 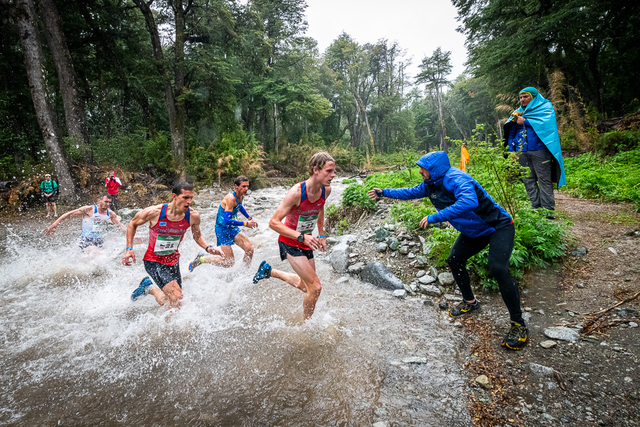