'I Still Get Goosebumps': Interview With Lucija Krkoč

As part of our 'greatest mountain runners of all time' feature we've been speaking to some of the great athletes from the last 20+ years. Here, Tomo Šarf speaks to Lucija Krkoč of Slovenia, who achieved some great results between 2003 and 2016.

Lucija, you first appeared on the international stage as a junior – in the years 2003-2005 you finished the World Championships races in 4th, 2nd and 4th place, helping your team win gold in all 3 years. Your memories?

Indeed, that was an exciting time. Everything was happening fast. I became aware of the situation after a few years. In September 2002 Mateja (Kosovelj) and I started training under the guidance of Edvin Kosovelj. After a year we have already won a gold medal in Alaska. Joining the national team and flying to Alaska was a great pleasure and experience and success for a 15-year-old teenager. Mateja and I were unbeatable team, a dream team. We did all our training together. Even more, we hung out together a lot. I had great time and I am grateful to both Edvin and Mateja. The most beautiful memory of the junior category is the individual victory at the European Championship in 2007 in Cauterets, France. 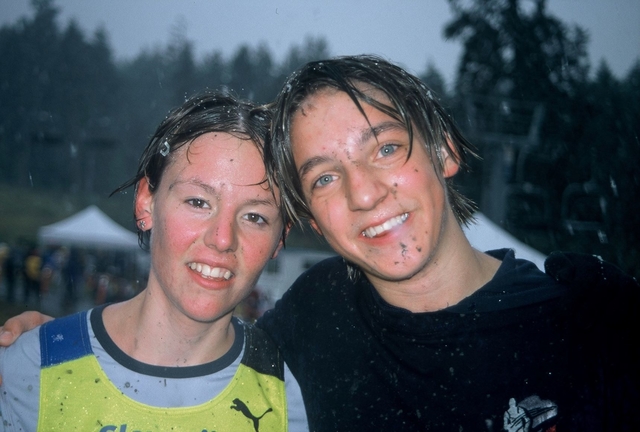 Some runners are experts at ascending, the others at technical descents. In your senior period, you were excellent in both disciplines, but it is obvious that you really excelled at the European Championships. Did you plan your season so that you were better in July than in September?

I have always had bad luck at the World Championships. In 2008 and 2009 I was still unexperienced as those were my first years competing as a senior. The following two years I was very well prepared but unfortunately, I got food poisoning (Tirana). And I always had an injury during autumn time later on. 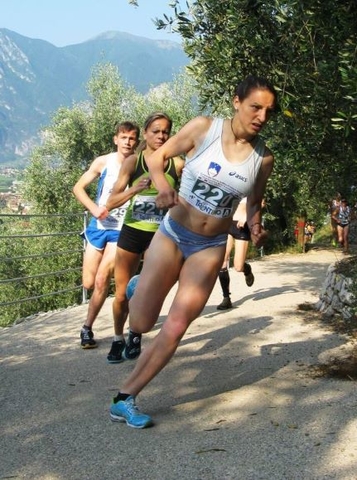 Mateja and Lucija - 'the dream team'

Your best season was 2011 – bronze medal at World Ch in Bursa, you won 3 World Cup races plus first position in the final standings. How did you feel that year?

In winter 2010-11, I started preparing myself for the Padova marathon. Later, I moved from road to mountain races. I clearly remember all the competitions. I gained my first victory in GP in Arco, Italy. After so many years I still remember every piece of the race. I am not specialized for extreme, steep uphill races, but Grintovec was covered with snow that year and the organizers were forced to shorten the track. Anyhow, I won that race too. Šmarna gora is still my favorite race. There has always been the best atmosphere along the track and at the finish. Moreover, the track suited me.

The second peak of your career was at the end - in 2016 you won the bronze medal at the World Long Distance Championships, I can say, in front of your house. Is this medal your favorite?

Indeed. That medal is my favorite. The world championship took place in Slovenia. I won the third place at the marathon distance. I was cheered on by my relatives and friends. I still get goosebumps when I remember the parts of the race where I had problems, the finish and the medal ceremony. Not only my third place, but the girls and I also won a silver medal in a team category. That result is the most precious to me and I still remember it with a great pleasure.

Is there any race that you like more than the others?

My competitive puzzle consists of different races. Each of them is special for me and has contributed to my personal and running development. I have always felt and still feel very good when competing in Italy.

What did you prefer – steep uphills or technical descents or maybe fast running parts, shorter or longer courses?

Medium distance courses, with technically demanding descents, are my favorite. 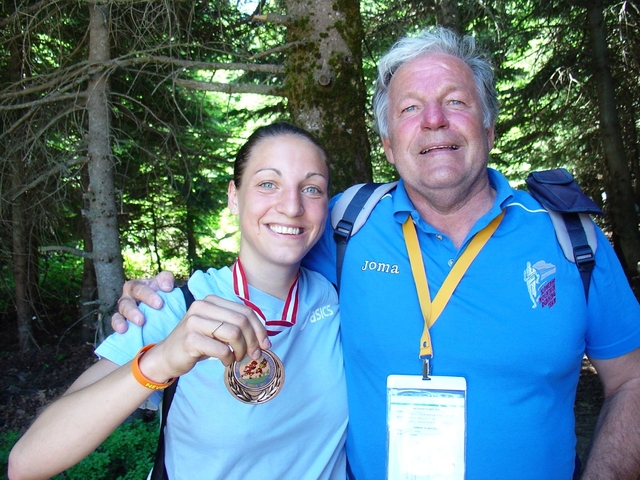 What about domestic races? Do you remember how many National champion titles did you win?

I like taking part in all domestic races. In recent years the competition among women has become stronger and consequently more interesting.

I do not remember how many national titles I have won in Slovenia. Being honest I have never paid much attention to home races as I have always been focused more on international races.

What about road races – did you ever test your potential at the marathon distance?

During the springtime I normally carried out marathon preparations and the race. Yes, I had some ambitions, but I realized I was simply not made for top results on flat tracks. My best result is 2:46:13. 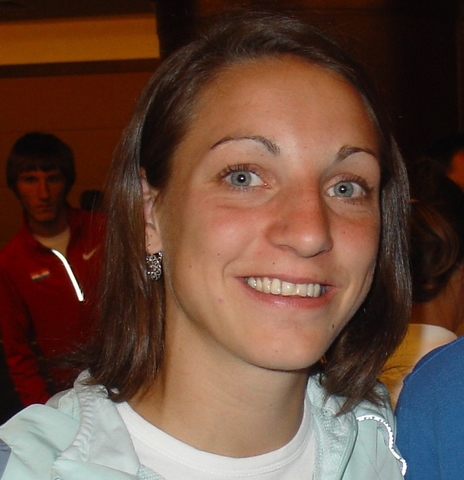 And a standard question: What are you doing now?

I work as a running coach for children and adults. I have a family, a two-year-old daughter Meta and a three-month-old son Leon.

Another standard question: Do you still »feel the need« to put on a start number?

Of course, I hope I am still on the crest of a wave!

All images by Tomo Šarf