As well as reporting on mountain running races we like to find out about the people behind them – the athletes, the race organisers, the coaches and the team managers. One runner who has a perspective on all of those things is Paolo Germanetto, current mountain, trail running and ultra head coach for FIDAL. We caught up with him to find out more about his life in mountain running.

Mountain running has always been an important part of Paolo’s life. He says, “I was born in Susa (Turin), where Challenge Stellina takes place, an historic race in our international calendar. In my Valley, between Susa and Sauze d’Oulx, two World Mountain Running Championships (1992 and 2004) and a Masters World Championship (2016) took place. Here the International U18 Mountain Running Cup was born and then returned several times. With Atletica Susa, together with other great friends, and under the guidance of the unforgettable Adriano Aschieris, I found myself involved in technical and organizational projects since I was a child. In short, for me, mountain running was, almost immediately, more than just running and wearing a bib…” 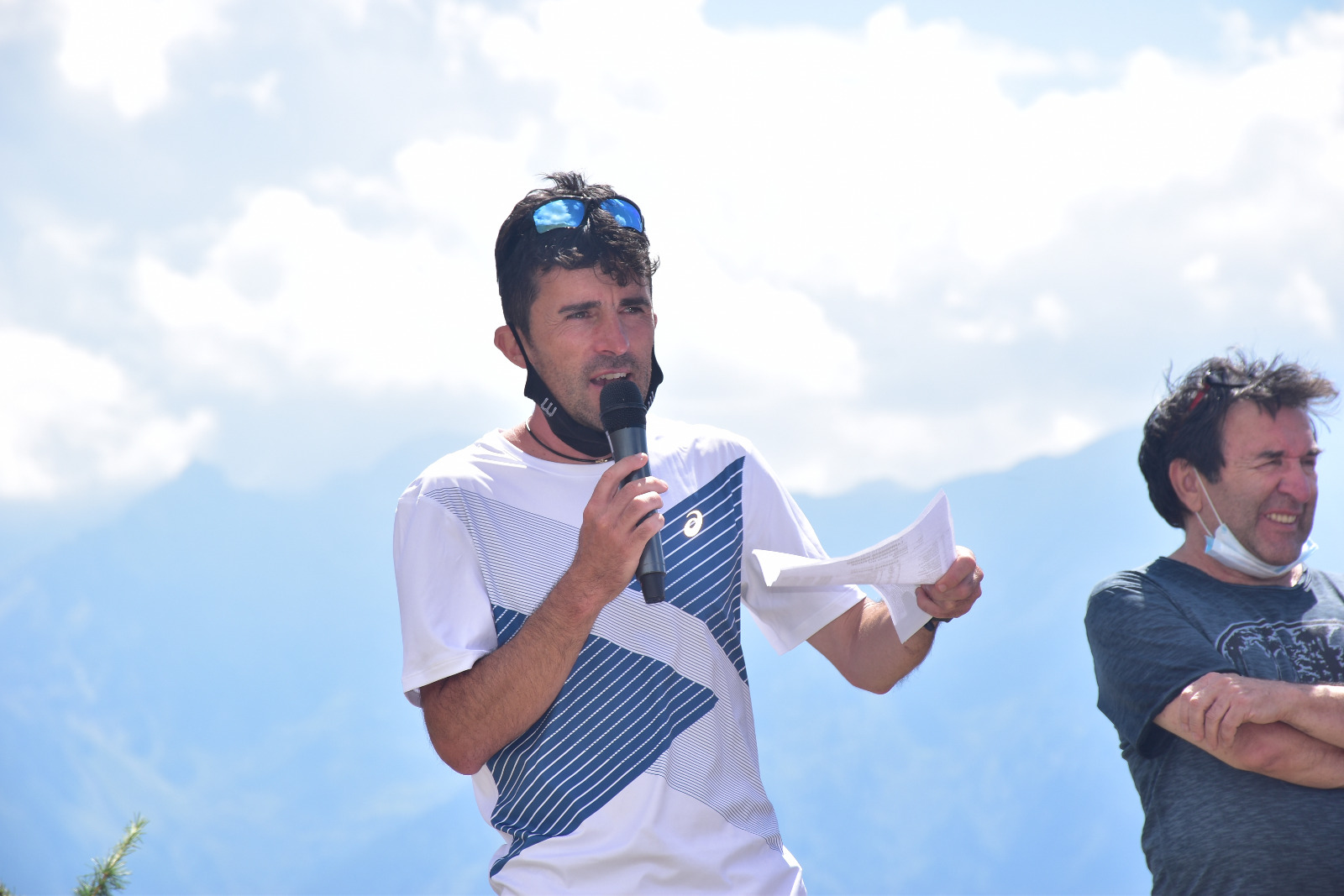 After a promising start as a junior, when Paolo made the Italian team, injuries hampered his progress as a senior runner. He very modestly says, “I wore the blue shirt of Italian Team as a junior, when I had the opportunity to run in the 1996 World Championship in Telfes (Aut), winning the team title, mostly thanks to my teammates... Marco De Gasperi, Emanuele Manzi and Alberto Mosca, athletes with whom I had the great fortune of running with in the Forestale club, which in those years also guaranteed the possibility for athletes to mountain run professionally. Those were splendid years both from a sporting and a human point of view: a great privilege.”

But when injuries threatened to cut short his own running career, Paolo’s focus shifted towards helping others. He credits his injuries with redirecting his studies towards physical rehabilitation. He is a qualified massage therapist and osteopath, and he’s a highly successful coach, winning a coaching award in 2018 from European Athletics after having achieved three European mountain running gold medals together with three different athletes: Martin Dematteis (2016) - Xavier Chevrier (2017) - Bernard Dematteis (2018). And it felt like a natural progression for Paolo to move into management.

“Changing was easy because I was leaving more space for other sides of the same passion. For me sport is practice, it is research, it is writing, it is storytelling, it is ... life, basically! I started as a coach very early, training my brother Marco and then other boys and girls in Susa. At the same time I also began my technical learning in the different levels provided by the Italian Athletics Federation, and the possibility to share higher qualification experiences, especially with Marco De Gasperi and Emanuele Manzi. But as a Forestale physiotherapist I have been lucky enough to have important experiences in other sports too, from cycling to swimming, from judo to winter sports, working with many Olympic and international athletes: those have been extraordinary opportunities to grow also at a technical level.” 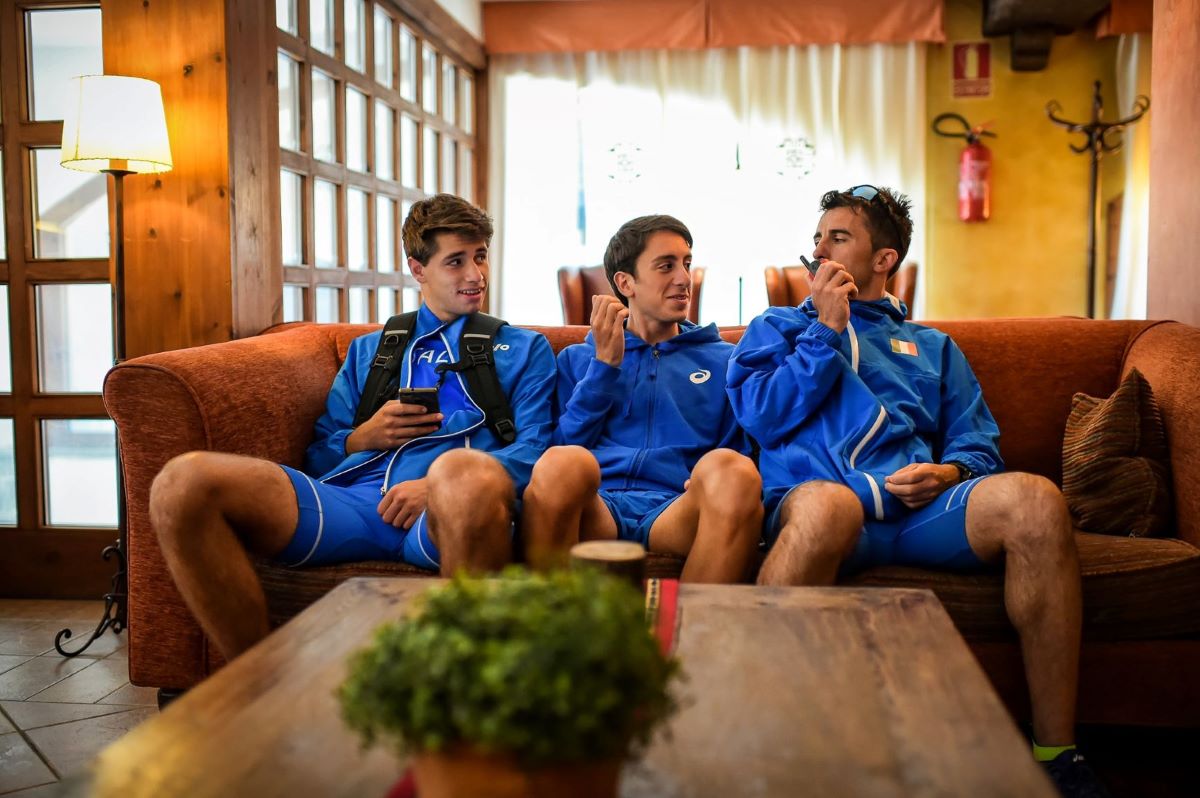 Paolo took over as Italian national coach from Raimondo Balicco, who sadly died of Covid-19 in 2020.  Not only was he following on from a legend, but it was also during a time of great change in the sport. He says, “The transition was not easy, also because it came right after the end of a very lively debate, with different visions on the development of mountain running and its position in the wider family of the “off-road” running. It was about setting up a different job, in a context that was changing very quickly. At the beginning I found myself calling athletes even older than me to the national team - and thinking about it now still makes me smile - but certainly the results of the first years of management have helped the Italian mountain running movement keep up the confidence in the new technical project.*

Italian mountain running is certainly thriving under his leadership. Though in such a competitive sport he inevitably faces many challenges. “Historically, Italy has played a leading role in the movement, and now the challenge is to remain among the top nations, diversifying the objectives more than in the past. With my collaborators, Fulvio Massa (trail running) and Renato Gotti (mountain running), we are trying to close the gap that separates us from the top of the trail running longest distances, without losing our strong tradition in the other three specialties that we will see at the next World Championship. Despite the economic difficulties caused by the pandemic, we are trying to support the strongest athletes, but also the turnover that is taking place in the women field and the new faces in the Vertical Run and Short Trail races, sectors where there are many interesting young athletes immediately behind the ones that now wear the National Team shirt.”

There’s obviously a huge test coming for all national teams later this year, at the unified World Mountain and Trail Running Championships in Thailand. Is Paolo excited about this combination of World Championships? “I think it is a great opportunity for the whole of “off-road” running: a point of arrival after years of pursuit, but also a starting point which the construction was helped by the Italian mountain and trail running movement. I like to consider each new project as an exciting challenge, because it forces us to confront each other’s arguments, especially from a technical point of view. It is an opportunity to overcome crossed vetoes and alibis and put ourselves on the line to find the best of the mountain and trail running in the same context every two years. With the recent difficulties maybe it won’t be like this right away, but I'm sure that the world championship project will grow in the years to come, and there will also be a real recognition of the technical value of the athletes.”

So, who are the exciting Italian athletes we should be looking out for in the World Championships and this mountain running season more generally? According to Paolo, “on the men's side, at the moment, we have three top athletes who are experiencing the most intense phase of their career: Francesco Puppi, Cesare Maestri and Xavier Chevrier, who can prevail one over the other depending on the race course and the shape they are in. In the Vertical Run format, the front runner is undoubtedly Henri Aymonod, who will turn 25 this year. These four athletes have already been selected for the World Championship, along with Valentina Belotti who, even though she suffered from thousands of injuries, remains our top athlete for the Vertical.

“On the women’s side, the situation is a lot more fluid. In 2020 on the first two places of the Italian Championship we had two athletes born in 1999, Gaia Colli and Alessia Scaini, who already ran in European and World Championships in 2019. The sisters Erica and Francesca Ghelfi are also constantly improving, and I still expect a lot from Elisa Sortini and Alice Gaggi, as well as for the other young talent Giovanna Selva (born in 2000). There is also Sara Bottarelli, who should return after her second maternity leave. I also expect a lot from everyone else ...”

Returning to commenting on the men’s field Paolo says, “an important talent like Daniel Pattis, junior silver medalist in WMRC 2017 in Premana, is improving fast, and athletes like Alberto Vender, Luca Merli and Andrea Rostan are constantly growing”.

And Paolo also tips Italy for success at the longer distances, saying, “some of the strongest athletes in Italian mountain running history are now focusing their attention on longer distances: I’m referring especially to the Dematteis twins, Alex Baldaccini and Luca Cagnati. It would be nice to find them at peak condition in Thailand, this time perhaps in the Short Trail format too. New exciting challenges also await them!”