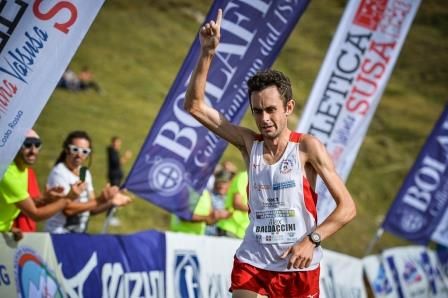 The World Mountain Running Association (WMRA), in concert with the International Association of Athletics Federations (IAAF), has created a system to determine the worldâ€™s best mountain runners. This ranking system will be introduced in the 2018 season.

While the title of world champion will remain the greatest recognition for a mountain running athlete, the WMRA has decided to introduce this ranking system that recognizes more than just one performance, while at the same time creating a buzz in the sport which will last throughout the mountain running season.

Jonathan Wyatt (NZL), WMRA president said, â€ś"The idea for a world mountain running ranking was presented by Council member Giorgio Bianchi (ITA) who posed these questions to us, 'Who is the top mountain runner in the year?  Is it the winner of the World Championships? Is it the World Cup winner?'  He felt we could come up with a system to let our mountain running community see where they are placed in the World of Mountain Running at any given time.  The ranking will be rolling so will run for 12 months behind and includes as many mountain races as we can bring into it.  Runners can use this information to present to their sponsors, and to be the 'number 1 ranked mountain runner' will add a bit of kudos for them.  It will allow us to bring a bit of excitement on a weekly basis as we update the ranking based on what happened at the races in terms of results and how often runners compete.

â€śWe hope this is the start of something that can grow and become a popular topic in our sport,â€ť continued Wyatt. â€śWe'll tweak and refine it based on what our athletesâ€™ feedback tells us."

As described by Wyatt, the system will be a rolling ranking. Results will be compiled and updated on a regular basis on the WMRA website. The ranking will take into account the results achieved by athletes in international competitions and include world, continental, and national championship results as well as races that will be accredited as â€śinternationalâ€ť by the WMRA committee in order to attribute the ranking scores. These rankings will enable race organizers, press, athletes, and fans of the sport to track top results more easily and follow the sport throughout the season. There is no fee to events participating in the  WMRA Ranking System. ContactThis email address is being protected from spambots. You need JavaScript enabled to view it. for details, or to participate in the program.

Included in the ranking will be open men and open women, but will not include age-related categories.

The scale of the scores assigned varies according to the importance of the event, and is summarized in the following table: